The emergence and rapid dissemination of antibiotic resistance worldwide threatens medical progress and calls for innovative approaches for the management of multi-drug resistant infections. Phage therapy might represent such an alternative. This re-emerging therapy uses viruses that specifically infect and kill bacteria during their life cycle to reduce/eliminate bacterial load and cure infections.

The success of phage therapy however relies on the exact matching between both the target pathogenic bacteria and the therapeutic phage. Therefore, having access to a fully-characterized phage library is necessary to start with phage therapy. An essential second step to conceive personalized phage therapy treatments is the capacity to predict the interactions between the target pathogen and its potential phage. To address this, we aim at developing predictive in silico models of phage-bacteria infection networks, using genomic features from sequenced phages and bacteria, and taking advantage of bioinformatics and machine learning techniques.

Using the publicly available information from Genbank and phagesdb.org, we were able to construct a dataset containing +1000 known phage-bacteria interactions with corresponding sequenced genomes. An equal amount of potential negative interactions were added to the dataset by considering the specificity of phage-bacteria interactions. We are currently extracting features from the genomes to build quantitative datasets to train machine learning models. These features include distribution of predicted protein-protein interaction scores, as well as proteins’ amino acids frequency and chemical composition. Future work will focus on the development of ensemble machine learning models to optimize the predictive power of our methodology.

The specific aims of this project

B. Retrospective in silico prediction of phage-­bacteria infection networks: 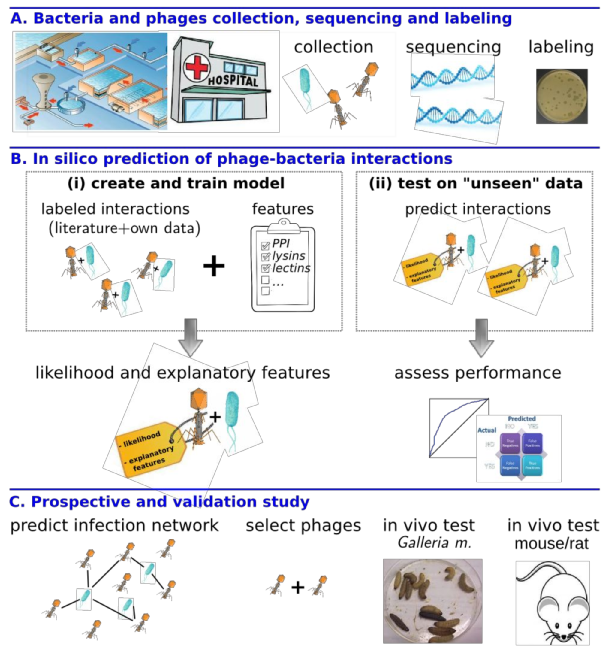 Figure 1: Aims of the project. Phages are represented in orange­-brown and bacteria in blue.